These Shining Lives by Duke City Repertory at the Cell Theatre

At a time when radium was touted as a panacea, only to be later recognized for the hazardous radioactive material that it is, opportunities for women in the workplace were practically nonexistent. In "These Shining Lives," presented by Duke City Repertory Theatre and playing at the Cell Theatre until May 25th, we see four women who bond with each other at the workplace they believed to be "the job of our dreams," only to later discover they are fighting together against the company that hired them, and the deadly substance they were exposed to during those years spent together. 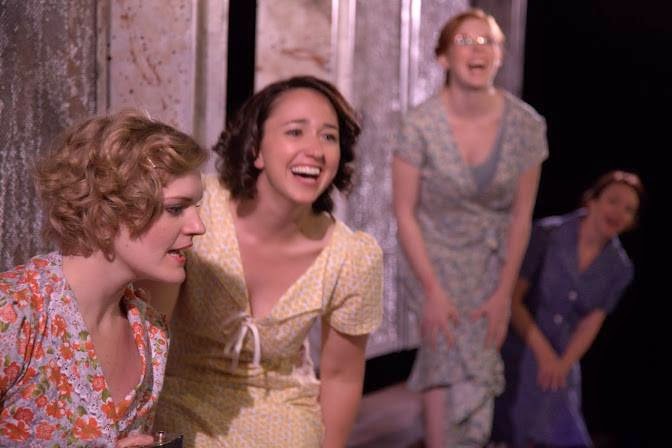 Business at the Radium Dial Company was progressive for 1922, hiring hundreds of female workers at a time when women had barely been given the right to vote, and decades before Rosie the Riveter flexed her feminine muscle at her job. When Catherine Donohue (Amelia Ampuero) is hired on to paint dials with radium to provide that glowing, cheery Westclox face, she's taught the method that all the women employ, "Lip, dip and paint!" Paid by the dial, for years Catherine and her coworkers push themselves to see how many they can complete each day, relishing their financial independence even while apologizing to their husbands and families for their absence from the home.

Click HERE to listen to Catherine, Wendy, Katie and Eve talk about their roles 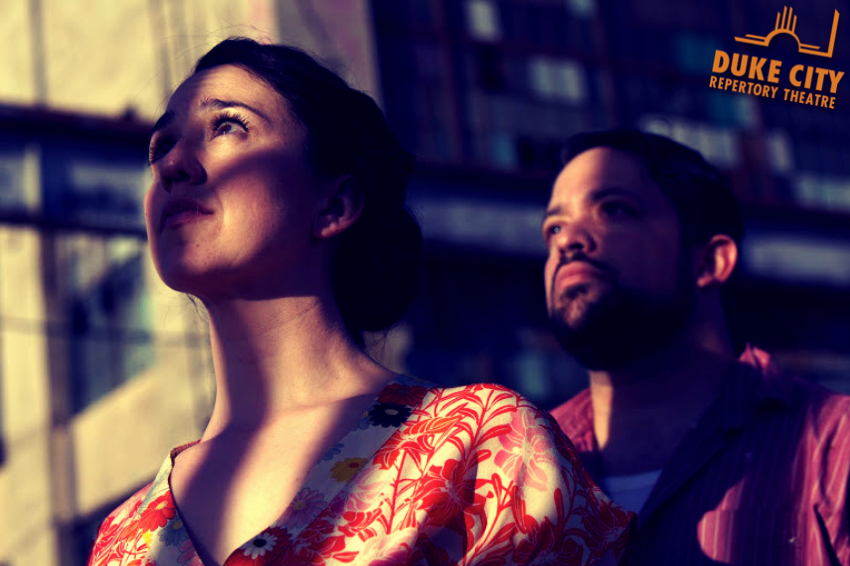 Professing, "I'm not one of those career girls," to her husband Tom, played by Ezra Colon, Ampuero continually finds Catherine's many emotions, including her elation and pride, mixed with guilt and remorse, torn in a work-versus-home drama many mothers today continue to face. Colon brings every emotion to his role as well, including sharing her moments of joy, to challenging her dedication to their home, reminding her, "Be careful, work will cost you something." Never knowing the irony, he later describes her as a glowing angel, the radium left in her skin and hair even during her off hours illuminating her, and later taking her life. Ampuero almost never leaves the stage, navigating the play with a sense of invested honesty, and giving Donohue all of the highs and lows that are written into the show. 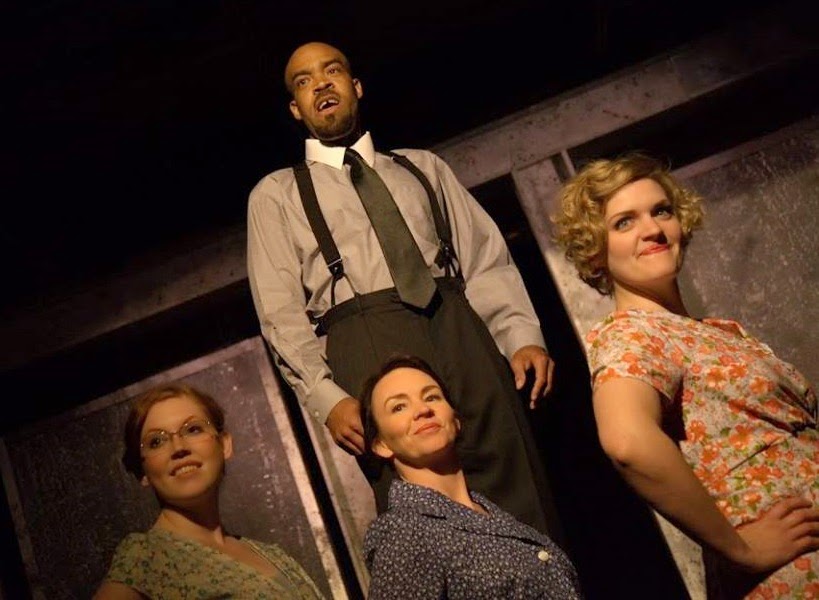 The other women of Ottowa, Illinois joining Catherine on this journey are her coworkers, Charlotte (Katie Becker Colon), Frances (Wendy Scott) and Pearl, (Evening Star Barron). The tough talking Charlotte is the natural leader, Frances provides the "moral backbone" (though flexible) and Pearl cracks jokes or remains quite quiet, vacillating between her own extremes. Finding a friendship forged at work was a new experience for these women, each aware of the opportunities their employment provides, even while taking so much more. The bond they grow and share is what speaks loudest, working together in the factory, then fighting the company in court, and, ultimately, dying together while company doctors prescribe aspirin, and assure them they are hysterical women who are imagining these symptoms. Fighting all the way up to the Supreme Court, the women's friendship and the relationship between Catherine and Tom, gives this story added dimensions beyond a typical "whistleblower" tale. 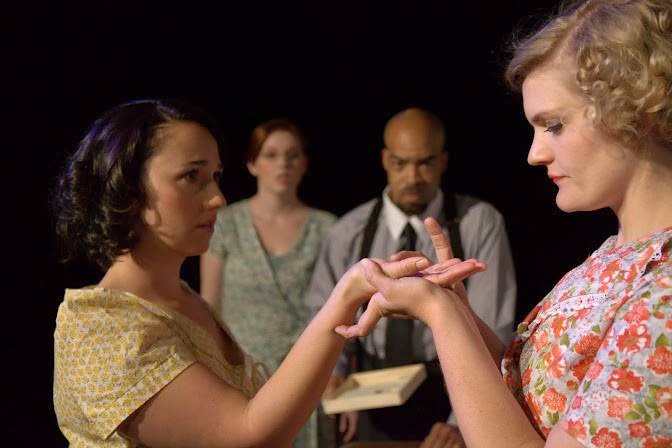 Directed by John Hardy, the theme of time plays out in many scenes; in Tom's eyes, Catherine is the "past, present and future," and at the job, "Time is money around that place." The dwindling time she has left while fighting the radium poisoning inside her body and fighting the company at court resonates in moments with greater awareness as the show, presented in its entirety, is allowed to build without stop. Giving balance to the tale is Frank Green's role as Mr. Reed, the ladies' boss, who turns a blind eye to their complaints and to his own culpability, as so many in management positions did (and continue to do when faced with their company's liability).

Seating at the Cell is limited and advance tickets are recommended, which you can buy ahead from the company's website at www.dukecityrep.com, as well as keep up to date with their latest news and coming season.
Posted by Alissa Hall at 6:49 AM