If you could observe humanity, would you see the same themes come forth, despite the changes in names and locations? Would you find the same lessons being taught about compassion and love? Mother Road Theatre Company's "The Illusion" poses these questions abstractly in their current production at the MTS Black Box, as the audience watches the characters' names change, and yet their emotions and storylines remain so much the same. With a visit to the magician's cave, he conjures wondrous visions to appear for the estranged father seeking his son, and so, he sits to observe what the magician brings to life.

Written by Tony Kushner, and directed by Julia Thudium, the play's verbage is almost Elizabethan it is so melodic, yet dense with meaning. It would be daunting to approach this script with less agile actors, one weak player could topple the house of cards, but the entire Mother Road troupe remains cohesive in their storytelling, knowing when to linger on a phrase and when to push the pace along. A truly ensemble piece, the show allows each of the company a chance for strong performances and their own uniquely memorable moments onstage.

As the protagonist couple, Jessica Quindlen and Matthew Van Wettering play out a tale as old as time, that of the star crossed lovers. Shades of other literary loves appear as we watch the two give voice to their struggle between giving in to their emotions for each other and remaining loyal to those who expect otherwise.

However, love in its many forms begins to play out as we meet more characters that help these intertwined tales to unravel; over protective fathers, romantic rivals, scorned lovers and their duplicitous machinations keep the plot turning. Set in the 1920s, the Steampunk flavored costuming and set design works beautifully at remaining current despite the show's anachronistic tone.

As the lunatic, Tom Schuch walks the tightrope of comedy and caricature as he delivers a strong performance that is both funny and changeable, yet emotionally invested and truthful. Also giving a tour de force performance is Pip Lustgarten, the maid/scorned woman, who is the only character allowed to break the fourth wall, addressing the audience directly with her thoughts and observations. Functioning at times as a one person Greek chorus, Lustgarten's monologues are strikingly memorable and often written in what sounded like iambic quatrameter. Shades of Shakespeare rise up as Lustgarten delivers the pseudo-Elizabethan couplets during scene changes, while remaining singular in her character's focus.

Touching upon archetypes used often in storytelling, it is easy to see so many other characters and plots in the action of this singular show. Reaching towards those universal themes, I was reminded of Romeo professing love below a balcony, of Juliet with her maid, of Marius planning Cosette's escape from her overprotective father, of Death on the Nile's Jackie, Simon and Linnet, or even Vladimir and Estragon waiting for Godot in existential purgatory.

"The art of love is the art of illusion," and ultimately the lesson to be learned, as we see, is compassion. What magic is it that by simply observing, we might find an emotional understanding of another? It leads us directly back to perhaps theatre's greatest gift... the ability to feel something genuine for someone onstage who is only pretending is perhaps the grandest illusion that theatre can give, and that compassion we find within ourselves for those who trick us into believing the primary reason we keep going back for more.
Posted by Alissa Hall at 12:57 PM No comments: 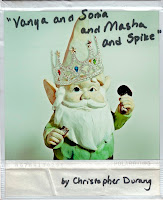 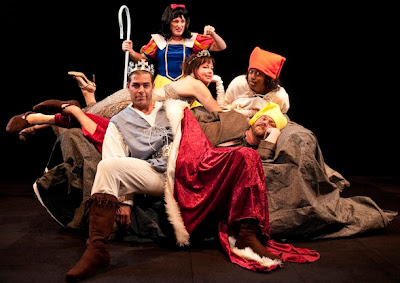 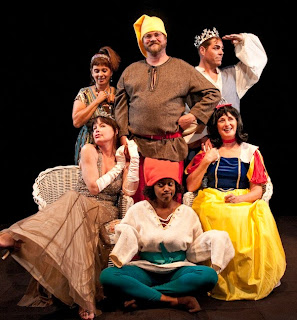 For complete schedule information and ticket sales, visit the company's website at fusionabq.org/ and grab your chance to see this regional premiere while you still can! #HootiePie!
Posted by Alissa Hall at 10:10 AM No comments: 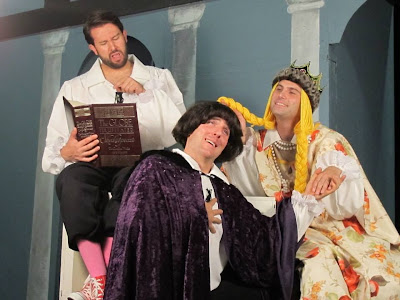 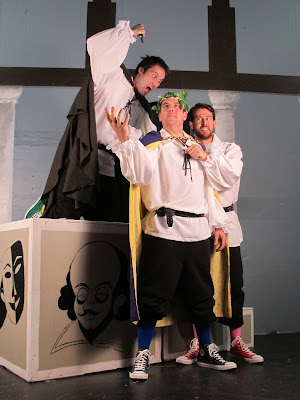 Running until September 15, you can get your tickets and other info by visiting  www.albuquerquelittletheatre.org or call 505-242-4750.
Posted by Alissa Hall at 9:30 AM No comments: