If you haven't heard of "Lysistrata Jones," it's a very new show. It debuted on Broadway in December 2011 and initially received good reviews, but closed a month later after only 30 shows. Currently showing at the Musical Theatre Southwest Black Box performance space, the modern musical version of this Aristophanes-based play certainly doesn't take itself too seriously, and if you're in the mood for something lighthearted, this show is meant to leave you smiling. 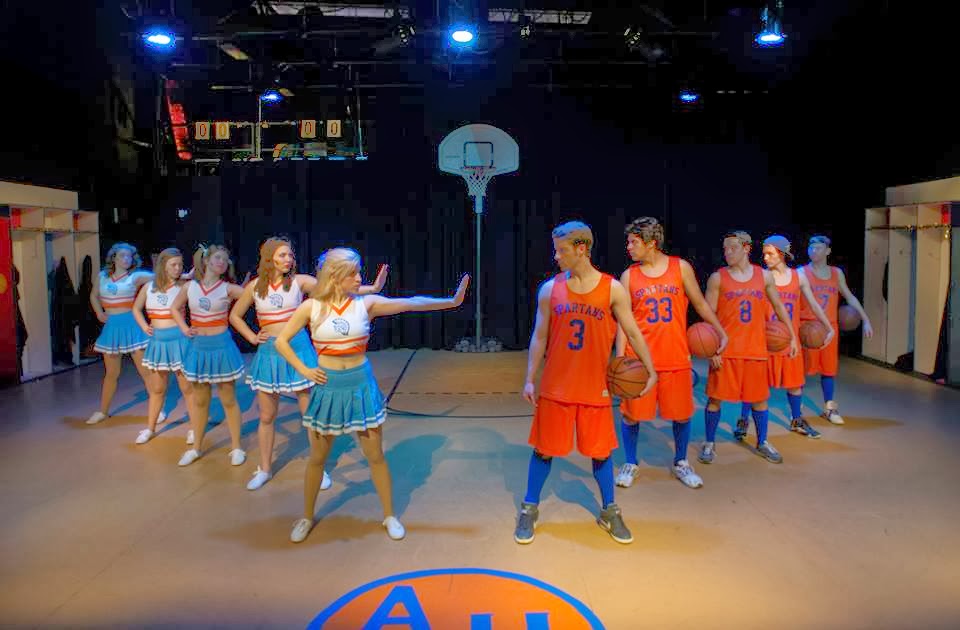 In the original Greek satirical comedy, the women decide to use their feminine power to change the world by withholding sex from their husbands and lovers until they end their fighting of the Peloponnesian war. In the modern musical, however, the horny cheerleaders withhold sex from their even hornier, basketball-playing boyfriends in order to end a 33 year losing streak. The modern "Lyssie" is as driven with her need to change the world as the original, but with a healthy dose of campy comedy and incessantly upbeat lyrics, the cast works hard to give the new version an innate sense of fun.

Click HERE to listen to Devon, Erik, Rikki and Joey talk about the show 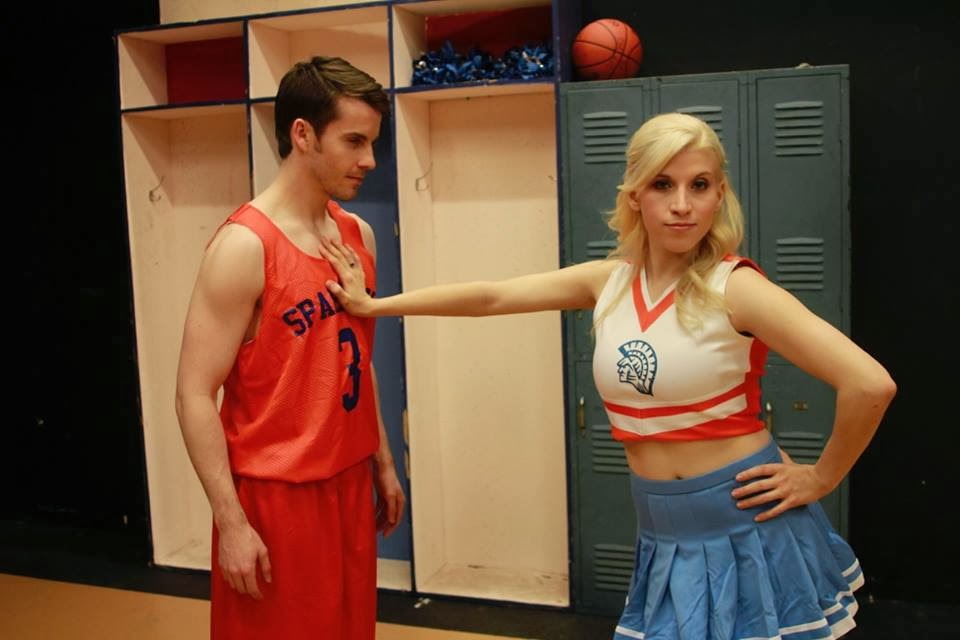 Devon Frieder plays the peppy newcomer Lysistrata "Lyssie" Jones, whose high minded ideals seem to catch on at Athens University. Frieder's behind the scenes involvement brought this show to Albuquerque as a production for Warehouse 21, a Santa Fe-based organization that's dedicated to fostering artistic expression in young people. Frieder also acted as the show's director and choreographer (and costumer!) As the title character, her strong vocals are showcased in a show such as this, most certainly in numbers like "Where Am I Now?", and when combined with her high cardio, cheer-infused choreography for the entire cast, the outcome is frenetic fun.

Lyssie's boyfriend, Michaelangelo "Mick" Jackson played by Erik Joshua Clack, is full of swagger and not so keen on the girls' ideas on how to win a Spartans game. Clack also played double duty in this endeavor, acting as musical director as well, showing the labor of love that this cast approaches the show with. Surrounded by his posse, Mick and the rest of the basketball team defiantly decide to fight fire with fire and give their attention to porn, to each other, to video games, and basically anything else that might relieve their sexual frustrations and foil the girls' plans. 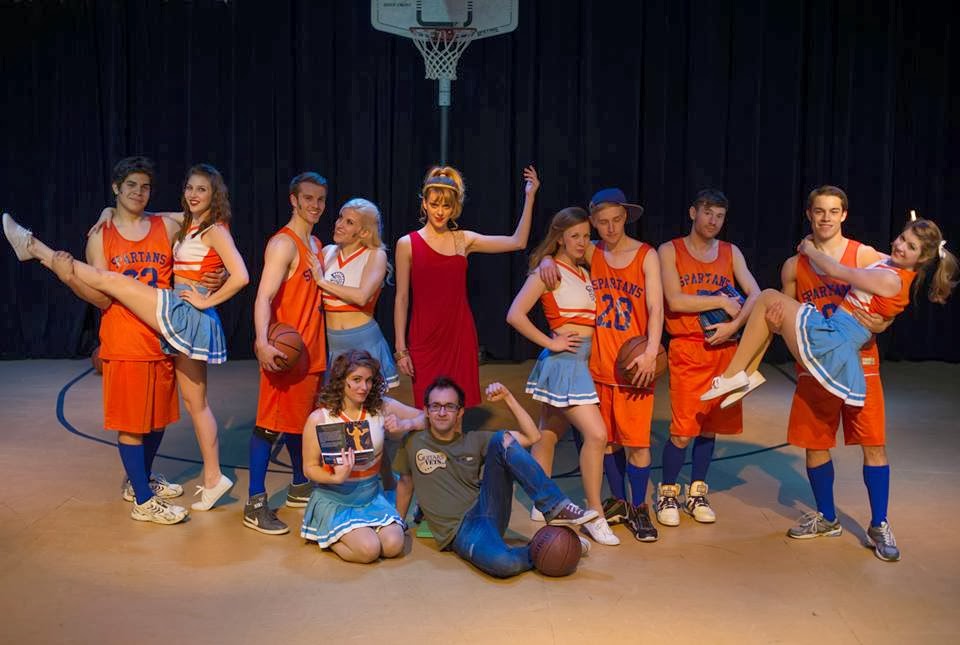 Also embroiled in the war of the sexes is slam poet Robin (Amy Bingen), and Xander Lee (Joey Cote), the liberal blogger who learns to reengage in the real world thanks to Lysistrata's cajoling ministrations. Hetaira, played by Rikki Carroll, embodies a number of parts, acting as emcee, referee, and even (yup) the wise-cracking madame to the local brothel -- a comic role Carroll obviously relished, as did the audience -- all helping the story to unfold. Supported by a cast of strong vocals, the ensemble throws themselves into this piece with fervor. While also strong in voice, I wasn't entirely certain the hidden Greek chorus, clothed in togas and floating above the action in an elevated singer's pit, was necessary to the storytelling, but they're there too, watching over the action at Athens U like a pantheon from somewhere near the gymnasium scoreboard.

Written by Douglas Carter Beane, the lyrics are relentlessly peppy and full of messages of being true to yourself ("Give it up! Whatever's keeping you from being you / Give it up! You gotta just believe!"). The show itself seems to pattern itself as something of a "High School Musical" meets "Legally Blonde" meets classic Greek theatre mashup, and as long as you don't search for a high minded, feminist message in Beane's work (women who cross their legs to win a basketball game and thereby "change the world"?) you will enjoy this casts' high octane performance.
Posted by Alissa Hall at 7:00 PM