"Les Miserables" is one of my favorite musicals of all time -- I've seen it live over half a dozen times, including the 1990 Broadway touring cast, the 1991 cast in residence in London, as well as numerous other tours... I remember the revolving stage (no longer in use, and I miss it still). Admittedly, I'm a self confessed "Les Mis" snob. Without a doubt, the Albuquerque Little Theatre provides local residents with the same kind of high quality, professional production, both in sets, sound, acting and (of course) vocal ability, and was met with standing ovations in recognition and response.

Based off Victor Hugo's French novel, the characters in this show evoke the varied emotions of a society in the midst of political change, and massive suffering. Kevin Fannin portrays Jean Valjean, once a prisoner, repeatedly challenged by the conventions of his society, and forced to make moral choices as a consequence of his parole. The shift in Valjean's perspective, brought on by the struggle of trying to do right in an unjust world, is as pertinent today as it was to 19th century France, and Fannin's ability to remain compassionate in character, and to find his own vocal interpretation within these iconic songs, speaks to his artistry and talent.

Click HERE to listen to Kevin, Paul, Vanessa and Jon discussing the show

Valjean's greatest adversary is that of Inspector Javert, portrayed by Paul Bower, who hunts Valjean obsessively, ready to bring Valjean to justice. Bower's Javert is phenomenal, one of the best I've ever seen, and as a character, is necessary as the counterpoint to Valjean's moral choices. Javert's own choices, which he seems unable to make with the same conviction as his nemesis, do not enrich his character but instead pull him apart. Ultimately it is Valjean who finds himself in this show, and Javert who loses himself. Bower's rich baritone fills the role completely, giving the adversarial role a sense of humanity as well. If we didn't connect to Javert's pathos, his existential crisis, a reason to pity him, then perhaps we are no better than he is.

Circumstances lead Valjean to becoming an unlikely father as he fosters the child belonging to Fantine, played by Shaena Crespo, a consumptive woman of the streets. Crespo's challenge is to coax this lifelong commitment from a man she hardly knows, and she brings this believability to her performance brilliantly. Cosette is kept by the conniving Madame Thernadier (Vanessa Sanchez) and her husband (Stephen Balling), a duplicitous pair who scheme their way through their miserable lives by focusing on being survivors in these times of hardship. With comic timing and a sense of bawdiness, Sanchez and Balling keep the couple light hearted, even though their characters are perhaps the least compassionate ones in the story. Valjean removes young Cosette from their care, knowing, "It won't take you long to forget." 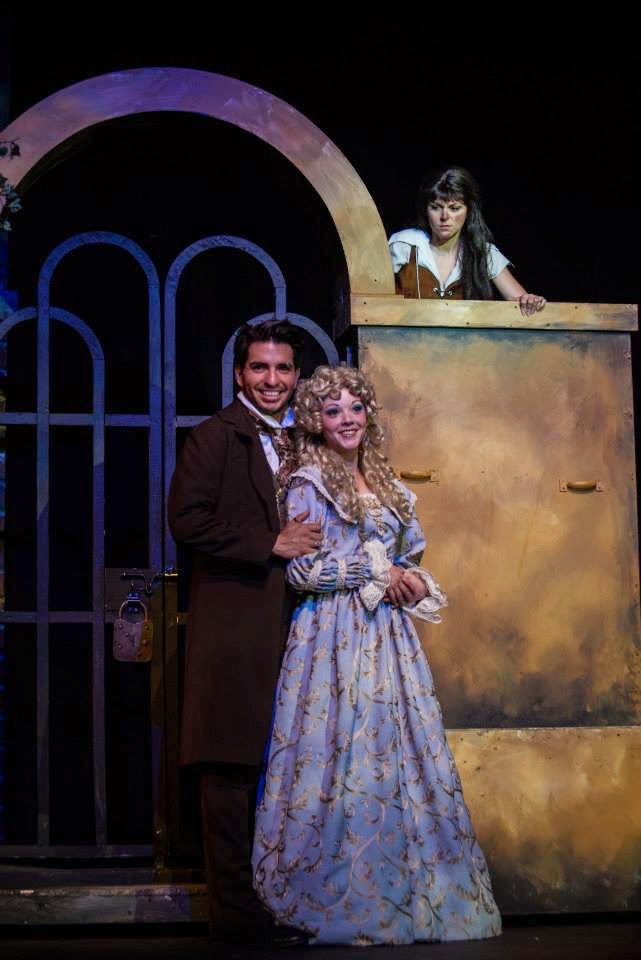 As a grownup, Cosette (Karliz De Marco) falls in love with Marius, a student and revolutionary, played by Jon Gallegos. But Marius has another admirer as well, Eponine (Kristen Ryan), whose life is not nearly as pampered as the girl whom her family once fostered. Both De Marco and Ryan employ their powerful voices for these principle roles, giving us a range of emotions in their respective characters. Finding himself between his friend from the streets, and the young woman of society whom he fancies, Gallegos also shows us the emotions of his role, his soaring tenor voice filling the auditorium to take us on Marius' emotional evolution. Unable to take his eyes from Cosette, we feel the new found love when the couple first meets, as well as his great sorrow when later faced with the deaths of so many of his friends and compatriots. Gallegos' emotional connection to Marius allows us to remember that no matter how difficult it is to stand up for your beliefs, it can be even harder to be the last one standing and to still hold true to your prior convictions. 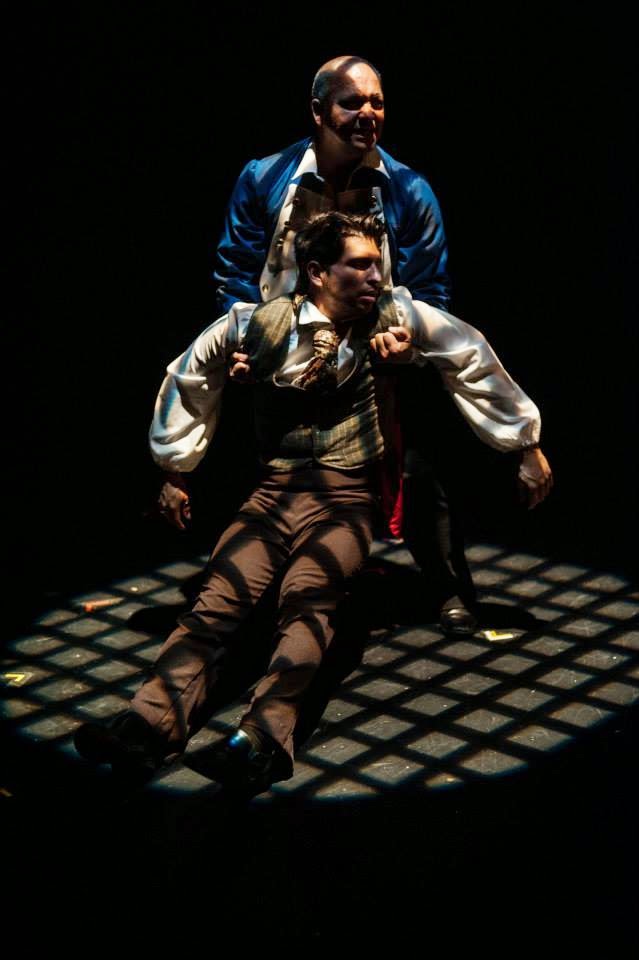 Beyond the love story, and the revenge story, there is the political story of the rebellion, fought by students who were ill prepared to meet their opposition. Requiring a strong ensemble, the men's moments are best seen and heard during "Red and Black," or the "Barricades" numbers, while the women combine their talent to numbers such as "Lovely Ladies," and "Turning," giving us many perspectives throughout the show. The ensemble cast functions as neatly as the principles do in their solo and duet moments, with individual characters that are believable and well thought out, as well as powerful in voice and presence.

Directed by Henry Avery, with musical direction by Lina Ramos, the show plays until June 15, and due to the popularity of the show -- the recent movie release made legions of fans that might not have existed before -- one should purchase tickets in advance, or risk being turned away from the theatre due to sold out houses. Visit their website at www.albuquerquelittletheatre.org to find out more about tickets, as well as their upcoming 85th season, starting later this year.