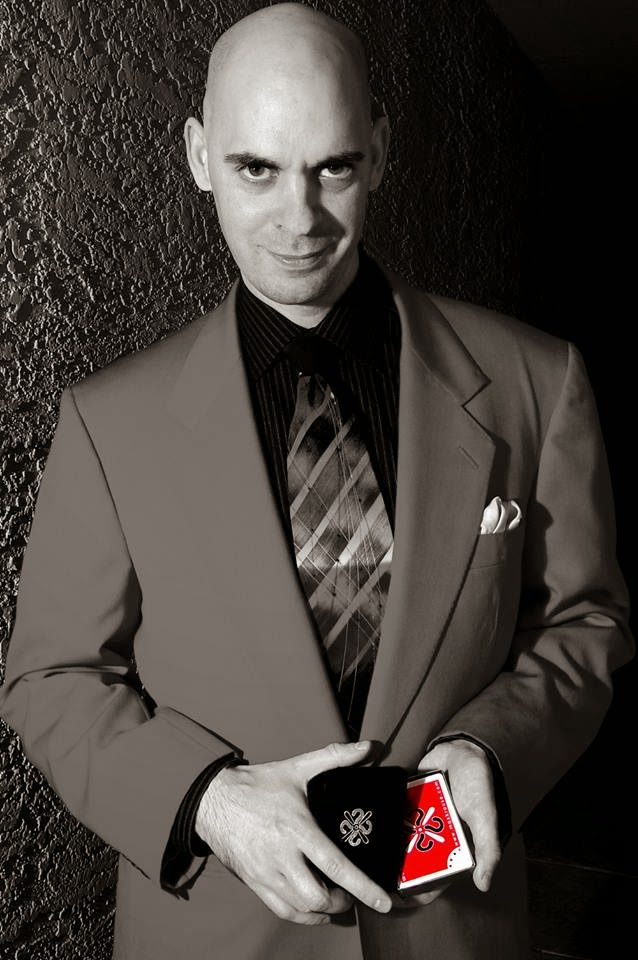 Something about watching magic awakens the child in me, and I know I'm not alone. When we watch something seemingly miraculous happen, even if our cynical, grownup mind knows it's all an illusion, we still marvel at the moment when it unfolds. This sense of wonderment is what Max Krause brings to his own magic show, playing several nights every week at Max's Magic Theatre, located along Central in Albuquerque.

Is magic an art, you might be asking? You better believe it; any performance artist worth his salt has spent hundreds (at least) of hours in practice, and rehearsing their act, until it becomes the flowing, uninterrupted performance which easily suspends that stubborn "window of disbelief." Having performed in 48 of the 50 states, Krause is no stranger to stage, but started his one-man Albuquerque show last year in March as an adjunct to Max's Magic Shop which he also owns (naturally). 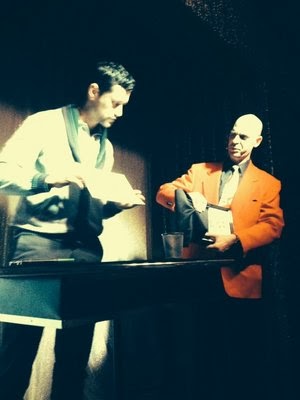 The performance space is an intimate 24-seat theatre which allows every audience member not only the chance to see everything Krause does from a close vantage point (which certainly enhances the "How did he do that?" effect) and, even better, Krause pulls every willing member of the audience onstage to become a part of at least one of his magic tricks.

The show itself is a combination of many traditional magic effects (sleight of hand, card tricks, cup and ball) but also many more effects which defy immediate explanation, perhaps as good magic should. The rubber band trick? That was the one I was called onstage for, and despite the magic happening only a foot away from my nose? I couldn't find the trick!

By the end of the evening, I left with my cheeks hurting from smiling for so long (fact). A family-friendly show, Krause keeps his act clean so that even the kids in the audience can enjoy the performance, and take their parents on an outing for a change. So skip the babysitter, bring the kids, or delight the kid that still exists in you... it's that kind of event. 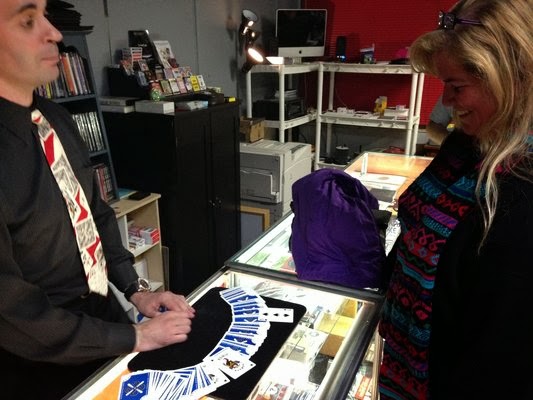 The shows play at 7:30 and 9:30 on Fridays and Saturdays, as well as 7:30 on Mondays, "Weekend Workers Night". To find Max's Magic Shop and Magic Theatre, look for the Lily Barrack awning near Central and Richmond, and you can find the sign that points you to the door where you can enter. Tickets are also available online at www.maxsmagictheatre.com or call them at 505.255.2303. The curious are more than welcome to shop the store, either online www.maxsmagicshop.com, after the show's conclusion where some of Krause's own effects can be found, or any other time when (guess what) Krause may just surprise you with a trick the moment you walk in. It's a card trick, it blows my mind... and that's all I'm gonna say. (Wink!)
Posted by Alissa Hall at 1:57 PM