Springtime is almost here, and it's a time for lovers, mischief and laughter! Celebrating the upcoming April birthday of the Bard himself, William Shakespeare, Duke City Repertory Theatre presents, "A Midsummer Night's Dream" at the Cell Theatre and playing until March 16th, where there are definitely lovers, faeries (which means mischief) and the laughter? It couldn't be contained. 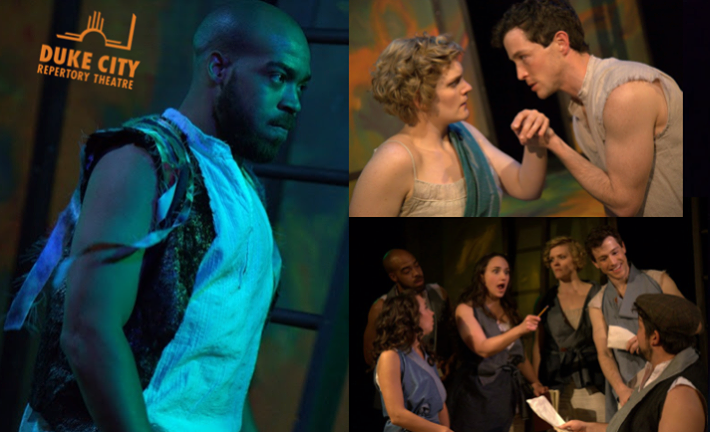 An adaptation of the original, the play is presented in all its Shakespearean glory, with the actors staying true to the language and the comedy of errors' plot line of misaligned lovers who have fallen victim to faery pranks. Most interestingly, all 19 parts are played by only 7 actors, who change costume and identities but never lose us along the way as this classic's comic twists unfold. 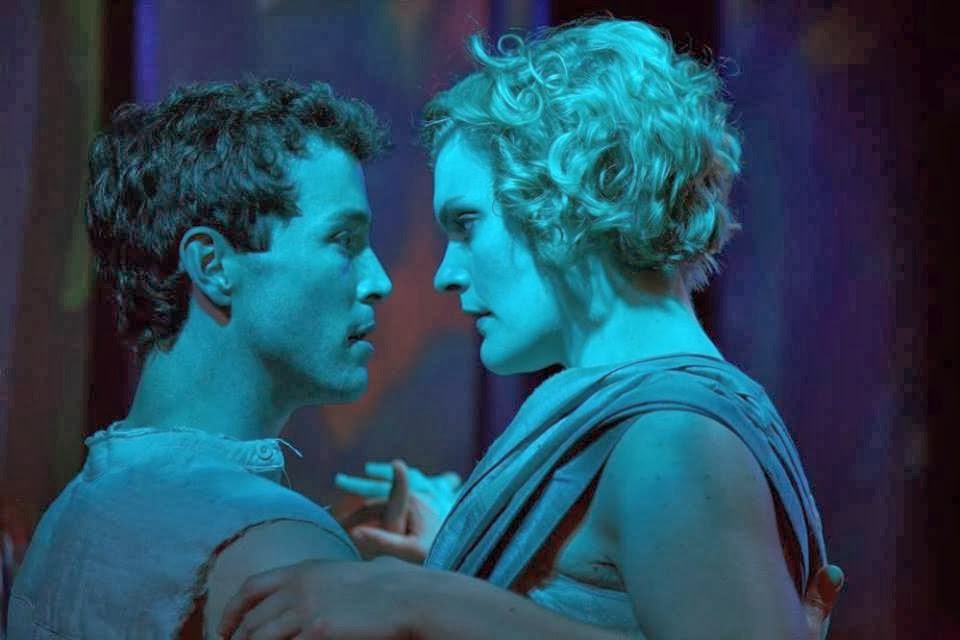 As Hippolyta and Theseus, Amelia Ampuero and Frank Taylor Green transform themselves from the nobles of the human world who prepare for their wedding, into Faerie nobility, the disgruntled King Oberon and his estranged Queen Titania. Around them we see the four lovers who fall victim to the faeries' otherworldly shenanigans, Hermia and Lysander (Lauren Myers, Ezra Colon) & Demetrius and Helena (Josh Heard, Katie Becker Colon), all due to Puck's interference. Under Oberon's orders, Puck mistakenly enchants the wrong humans while seeking to help his master, and manages to get his Lady Titania in a very embarrassing situation with a lovable donkey (also Ezra Colon) as well.

Evening Star Barron brings a new flavor of Puck to the show, with all the impish delight we usually associate the character with, as well as a maturity that comes later, giving Puck a chance to grow up and become more reflective by the story's end. "Lord, what fools these mortals be," Puck declares, and rightly so. Adapted and directed by John Hardy, audiences today may not know a Shakespearean couplet when they hear one, and they may not know they were the signal to an Elizabethan audience that a character's exit is about to occur, but for the English majors (c'est moi) and dramatic buffs in the crowd, we were happy that Hardy handled the text with love and care, and that the actors delve into the language of the show, and deliver layers of meaning behind the Bard's words. 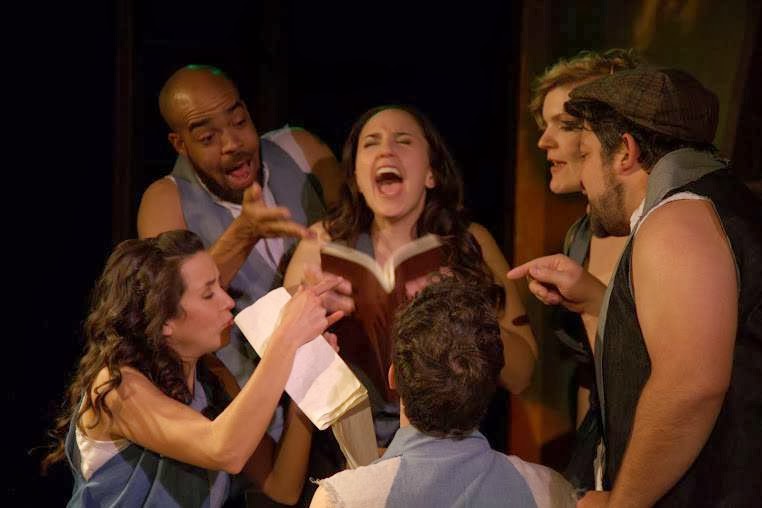 In between the confusion of lovers and faeries there are the actors, the most terrible actors, who are to present their dramatic work at the wedding. Is there anything so funny as good actors portraying realllly bad actors? Completely engrossed in their "art," these players present their tale in the second half and worked the audience from chuckles and guffaws, to bellows of laughter. The moments at the chink in the "wall" between Colon, Heard and Green are truly gems in this piece and are sure to remind you this was a comedy Shakespeare wrote, and not just because it has a happy ending.

To get yourself over to see the humans playing as faeries, and the faeries playing with humans, visit their website for tickets at www.dukecityrep.com or you can call the Cell Theatre box office at 505.766.9412. Advance tickets are always recommended for smaller houses, lest the faeries make merry with your seat and you find yourself left out of the fun.
Posted by Alissa Hall at 1:55 PM